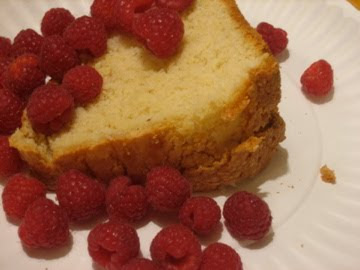 When we lived at Ramstein Air Base, Germany, when I was in junior high school, a woman named Carol Scott lived upstairs from us. She gave Mom this recipe - in 1971 - and this cake became a Floyd family favorite. Mom included the recipe in an album of recipes she gave all of us kids about 18 years ago - and I can't believe that I've never made it until now. It is, in Don's opinion, "the best pound cake I have ever had!" I guess it's a pound cake. But it's better than any pound cake you can buy or make. Really. 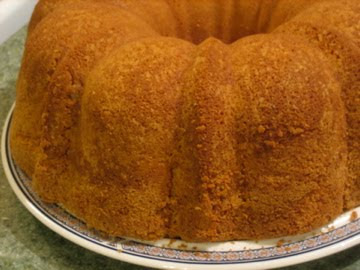 Preheat oven to 300˚. In a large mixing bowl, cream the butter and sugar together until fluffy. Add egg yolks, one at a time. Add flour, alternating with the sour cream, until all is well-blended. Wash the beaters well, and in a separate bowl, cream the egg whites until stiff. Fold the egg whites by had into the cake batter, and pour into a greased and floured bundt pan. Bake at 300˚ for 1 hour (check at 50 and 55 minutes with toothpick). Cool on wire rack about 15 minutes, then turn out onto a plate. Store covered. 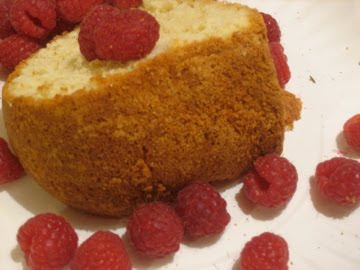 Do you think I could make this in any other type of pan (loaf tin?) or do I need to go buy a bundt pan? Either way, I'm totally making this cake!